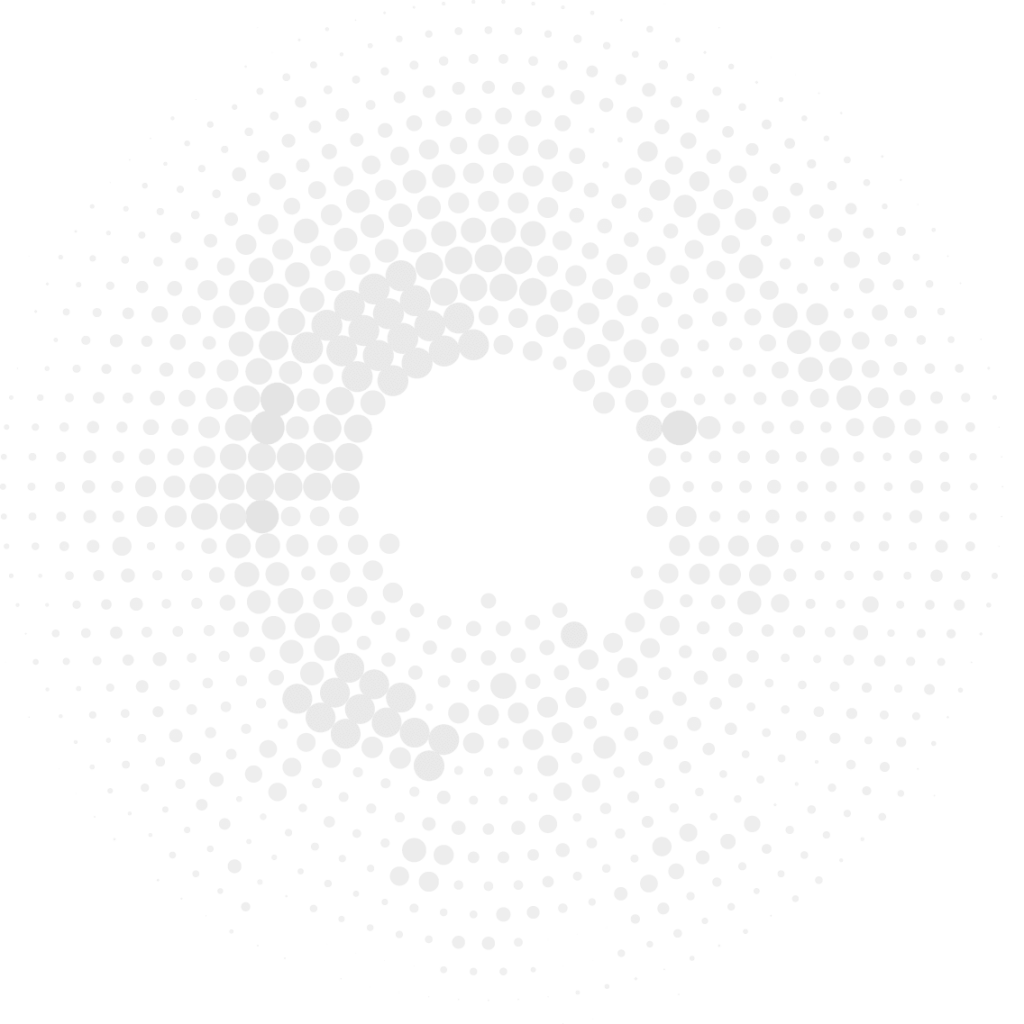 “Many accomplished and dedicated individuals are not necessarily in the public eye; there are unsung heroes and quiet warriors among us who deserve recognition,” said Ashley Carter, ATHENA 2023 chairwoman. “The ATHENA committee invites businesses, nonprofits, and organizations throughout Rutherford County to submit their nominations.”

Now in its tenth year, the 2023 Rutherford ATHENA Award ceremony will be held as a luncheon on Friday, May 12, 2023, and will be at a new venue, The MTSU Student Union. The ATHENA  2023 Awards Ceremony will feature inspiring video conversations with nominees as well as with representatives from their respective nominating organizations.

The ATHENA Award, named for the strong goddess of Greek mythology, is an international program founded in 1982. RUTHERFORD Cable is the founding sponsor of the local ATHENA program.

“We are committed to representing and celebrating our wonderfully diverse community in the nominating process, as well as to ensuring independent objectivity in the judging process,” Carter said. “A panel of judges will be selected from the community at-large and trained; nominees are judged strictly on the material each submits and not by public opinion or title. Results will then be independently audited to ensure fairness.”

The ATHENA Leadership Model was developed through a grant from the W.K. Kellogg Foundation and identifies eight distinct attributes that are reflective of women’s contributions to leadership. The tenets of an ATHENA woman include authentic self, growing relationships, giving back, collaboration, courageous acts, learning, fierce advocacy, celebration, and joy.

The 2022 ATHENA Award recipient was Rev. Martha Touchton, who was nominated by St. Mark’s United Methodist Church. Touchton serves as the Minister of Education at St. Mark’s United Methodist Church, where she directs Christian education, adult, children, and family ministries, and leads in worship, congregational care, and spiritual formation. Touchton earned her bachelor’s degree at Westmar College in accounting and Christian education before completing her master’s degree in religious education at Scarritt Graduate School.

Like the ATHENA Award, the Young Professional Leadership Award recognizes an emerging leader under the age of 40 who exemplifies the ATHENA attributes and serves as a role model for young women.

“The ATHENA Young Professional Leadership Award recognizes an emerging leader under age 40 who exemplifies the ATHENA attributes and who serves as a role model for young women both personally and professionally,” Carter said.

The 2022 ATHENA Young Professional Award Recipient is Robin Seay, nominated by The United Way of Rutherford and Cannon Counties. eay has a strong passion and love for serving others. Robin learned early on that each family she is afforded the opportunity to help is unique in their own way. With this understanding, she works to provide a custom experience for her clientele at Parks Realty. Seay also serves with organizations, such as United Way of Rutherford and Cannon Counties, Leadership Rutherford, and Murfreesboro Young Professionals.

About the ATHENA Award

The ATHENA Award®, named for the strong, enlightened goddess, goes to individuals who excel in their professions, give back to their communities and help develop other leaders, especially women. 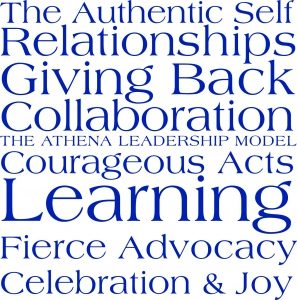 Today, ATHENA International is a global program. Since the program’s inception, more than 7,000 awards have been presented in over 500 communities in the United States, Canada, China, Russia, the United Arab Emirates and the United Kingdom.

The ATHENA Leadership Model® was developed through a grant from the W.K. Kellogg Foundation and identifies eight distinct attributes that are reflective of women’s contributions to leadership. 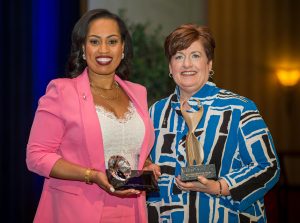 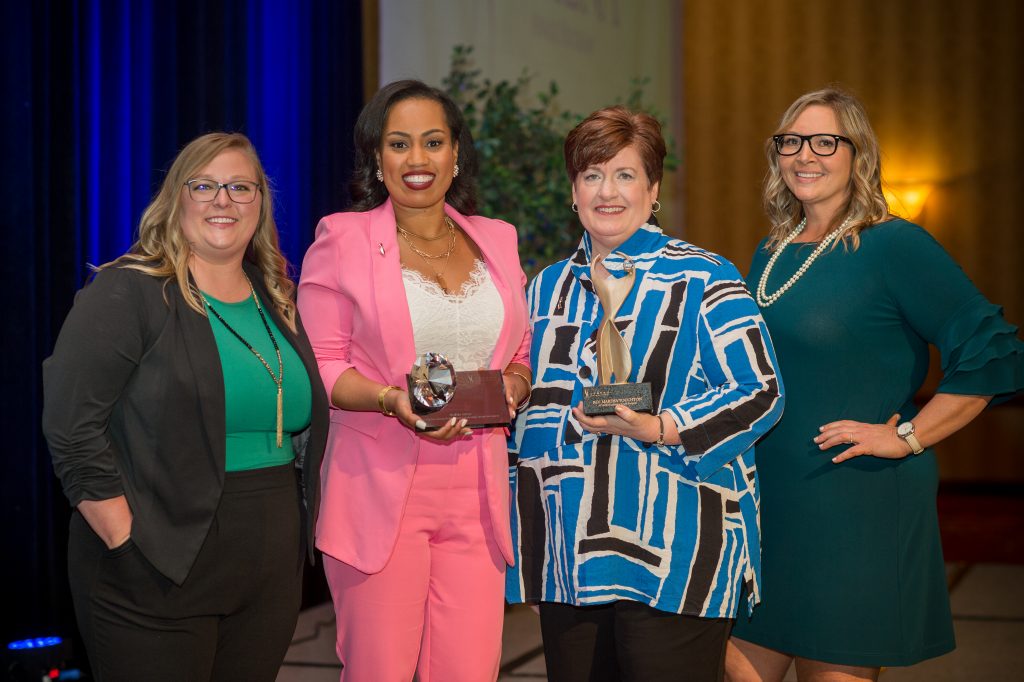 The ATHENA Award recognizes an individual who
excels in her profession, gives back to the community, and helps raise up other
leaders, especially women. Touchton was honored along with 11 other ATHENA
nominees and seven Young Professional nominees at a luncheon held April 29 at
Embassy Suites in Murfreesboro

Touchton said in her ATHENA essay that she
represents the ATHENA Leadership model — live authentically, build
relationships, giving back, foster collaboration, courageous acts, life-long
learning, fierce advocacy, and celebration and joy — as a female member of the
clergy.

“Only a handful of female clergy are employed
in Rutherford County, thus every week I encounter someone for whom I am the
first female minister they have ever met,” Touchton said. “Often I must defend
my gifts, call, and ordination with kindness and grace. It is by using the
ATHENA attributes of relationships, collaboration, and courageous acts that I
am able to serve as an effective leader in my personal and professional life.”

Touchton serves as the Minister of Education
at St. Mark’s United Methodist Church, where she directs Christian education,
adult, children, and family ministries, and leads in worship, congregational
care, and spiritual formation. Touchton earned her bachelor’s degree at Westmar
College in accounting and Christian education before completing her master’s
degree in religious education at Scarritt Graduate School.

In 1999, she was ordained Deacon, authorized
to create ministries of compassion, service, and justice. Outside of church and
family, Touchton is involved with the P.E.O. Sisterhood, Read To Succeed,
Lionheart Chamber Orchestra, Habitat for Humanity, and the Ditsy Dots women’s
trio.

“While it is often a great challenge for
female clergy to foster meaningful relationships outside of their church, being
a member of the P.E.O. Sisterhood affords me an opportunity to develop
much-needed, long-lasting friendships,” Touchton said, exemplifying how she
lives up to the ATHENA ideals. “At home, my husband and four children show me
every day what God’s love and grace looks like. I am blessed with life-giving
and faith-building relationships that inspire creativity, encourage
collaboration, and incite courage in every endeavor.”

“The ATHENA program showcases the caliber of
professional, committed leaders we are fortunate to have here in our community.
These women excel in their careers, give back to their community and help
develop other leaders making our community a better place to live,” said Lori
Cutler, 2022 Rutherford ATHENA chair.

Meet our 2022 ATHENA and Young Professional Nominees
and learn more about all they do in our community. 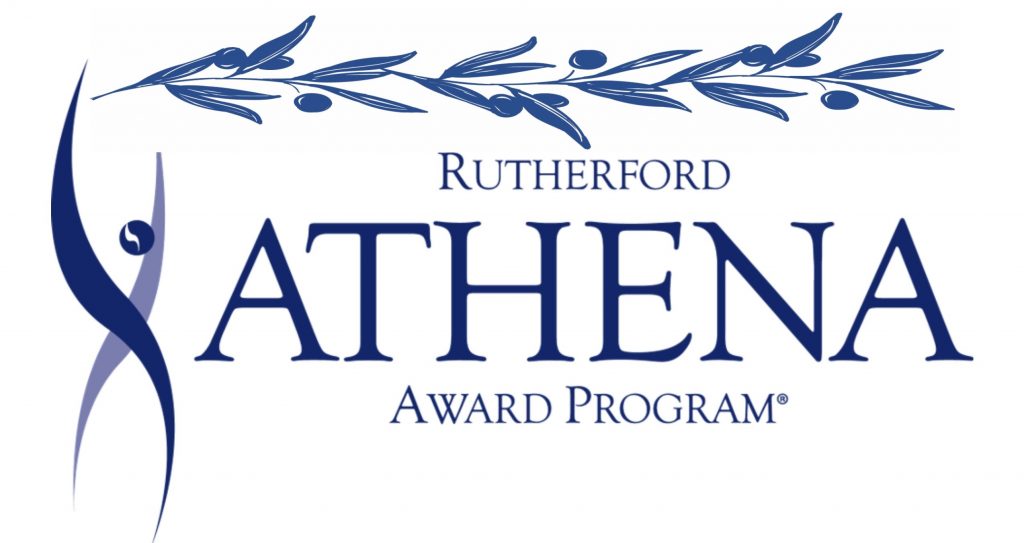 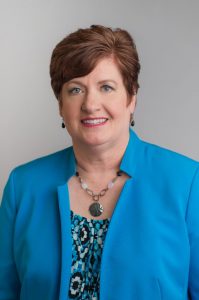 The Young Professional Leadership Award recognizes an emerging leader under age 40 who demonstrates excellence, creativity and initiative in her profession, gives back to the community and serves as a role model for young women.

The ATHENA Patrons Society provides an ongoing foundation of sustainability to the Rutherford ATHENA Award Program. Contributions to this annual fund support the Program and its ATHENA Nontraditional Scholarship.

The Rutherford ATHENA Award Program bestows a scholarship annually to women who have embodied ATHENA’s characteristics of wisdom, strength, and justice in their own life and endeavors.

RutherfordCABLE does not and shall not discriminate on the basis of race, color, religion (creed), gender, gender expression, age, national origin (ancestry), disability, marital status, sexual orientation, or military status, in any of its activities or operations. These activities include, but are not limited to, hiring and firing of staff, selection of volunteers and vendors, and provision of services. We are committed to providing an inclusive and welcoming environment for all members of our organization, staff, clients, volunteers, subcontractors, and vendors.